As a Spanish teacher for the School District of Beloit, Dr. Evelyn Galindo uses her personal experiences and her expertise to inspire and advocate for her students.

Evelyn holds several degrees, including a Ph.D. for Central American Literature, Culture and History from the University of Wisconsin-Madison. Throughout her education, Evelyn earned scholarships and fellowships, as well as the Outstanding Woman Student Award from Northern Illinois University in 2010.

During her time with the Janesville School District, Evelyn wrote curriculum with the goal of bettering the experiences for her students. After arriving in Beloit, she was instrumental in developing a syllabus so that Advanced Placement (AP) Spanish Literature and Cultures could be added to the district’s list of AP courses. By offering this course, Beloit Memorial High School is able to expand the opportunities for students learning Spanish as a second language, as well as for native Spanish speaking students. 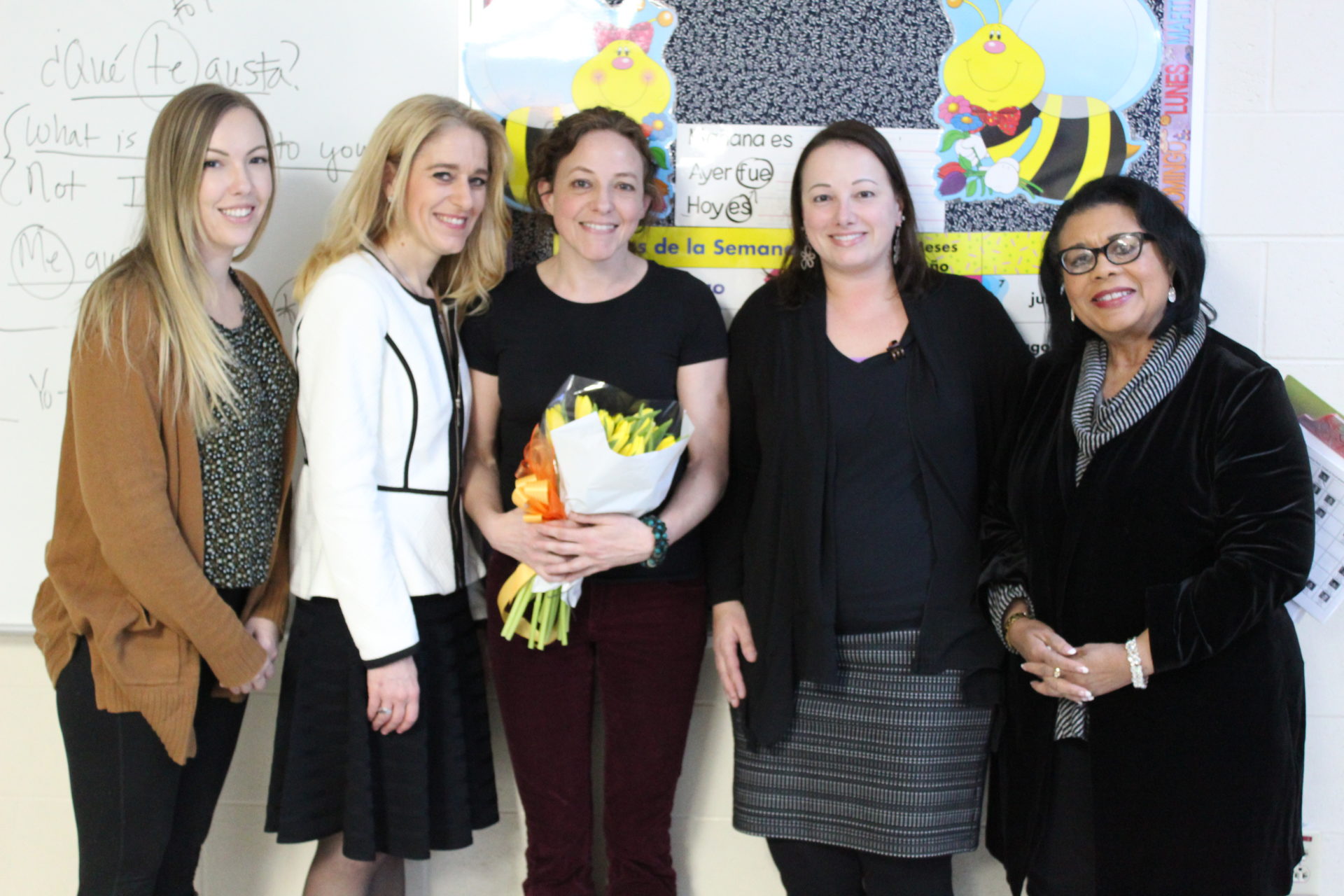 Evelyn also advises the Latino Club at Beloit Memorial High School, mentoring students during and after school. The club explores social and academic topics in order to serve the community for all students and families.

In her free time, Evelyn is dedicated to an art collective based in Madison that works on social justice issues in Southern Wisconsin. Drawing on her family’s own story, Evelyn also writes for an online publication that brings awareness to immigrant experiences. Evelyn, a native of El Salvador, arrived in the U.S. with her family in the 1980’s as refugees during the Salvadoran Civil War.

Evelyn finds ways to get involved and make a difference for our community, and for her own two children. In the process, she is inspiring the next generation to do the same.