Teresa (Tess) has a degree in Elementary Education from Iowa State University. In 2004, she received the Angela Peckenpaugh Superior Writing Award from UW Whitewater.

Teresa worked for the School District of Janesville as a substitute and music teacher for 14 years. She also co-owned Harmony Music Academy from 2007-2010.

From 2017-2019, Tess worked as History Teller at Rock County Historical Society, capturing our community’s stories and developed and taught a “Young Writers Workshop” for area youth.

As an artist, Teresa donated painting the Rainbow Tunnel at Goelzer’s First Step, an exhibit for the Children’s Museum of Rock County and the Rainforest Climbing Wall at Camden Playground. Last year, Teresa exhibited her art for a St. Elizabeth Home fundraiser.

Tess shares her musical talents for charity gigs and theater productions. She collaborated with the Janesville Performing Arts Center, JATV and Hedberg Public Library to co-write and co-produce the “Tales of…” series; “Tales of Old Marshall” in 2017, then “Tales of Downtown” in 2018 and the successful “Tales of Our Farms” in January, 2020. Tess wrote several songs for the shows, recording them with area musicians.

Teresa strives, both professionally and personally, to promote diversity, education and equality in our community. 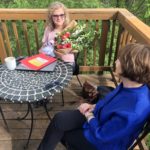 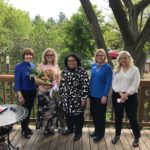